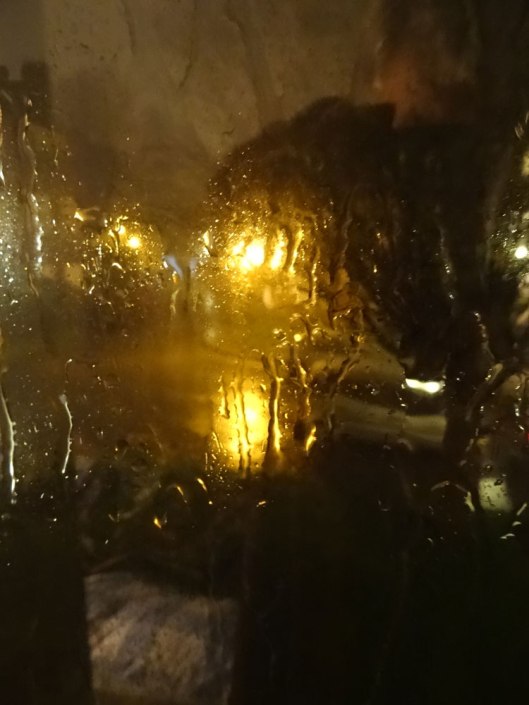 I had a few days recently immersing myself in madness and melancholy, entirely out of choice.

A visit to the Saul Leiter exhibition currently at the Photographers Gallery in London set the melancholy mood. As a previously unrecognized master of early (1950s) colour photography Leiter’s street scenes shot on out of date film stock with fading tones encapsulate fleeting moments in New York’s everyday life. A red umbrella across a white snow covered street; glimpses of shadowy figures through windows; layered cut off shopfronts obstructed by a passing car; reflections in car windows. 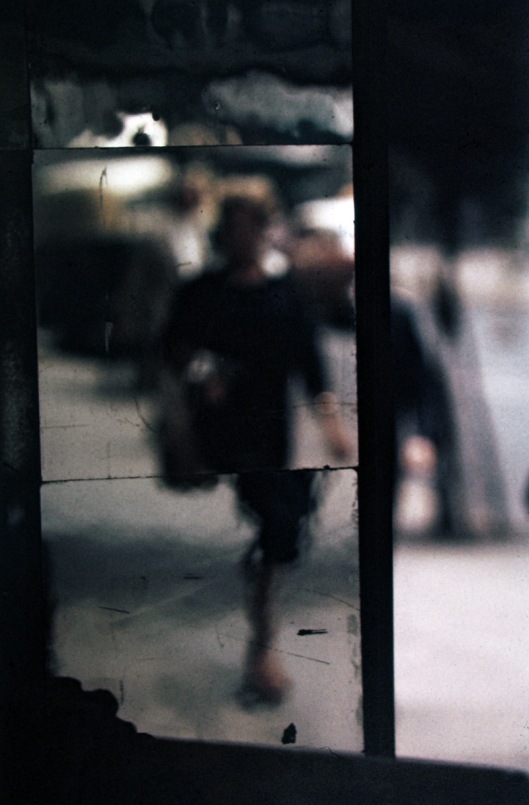 “Photographs are often treated as important moments , but really they are little fragments and souvenirs of an unfinished world.”

“If we look and look, we begin to see and are still left with the pleasure of uncertainty.”

Here is my 21st century tribute to Leiter. 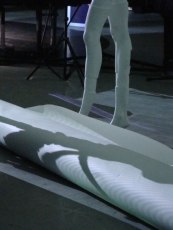 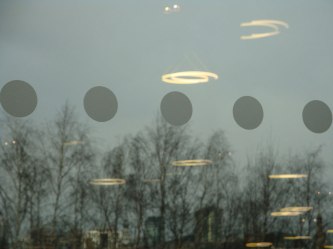 Interestingly Leiter was cited by Tod Haynes as a prime visual reference for his film ‘Carol’ which I also saw recently.

Madness came in the form of a visit to Bedlam. Now set in a leafy enclave in suburban South London (not anonymous, in fact Beckenham, where David Bowie lived from 1969-73 and founded the Beckenham Arts Lab) the Royal Bethlem Hospital has a benign appearance these days. The modest 1930’s centrepiece is now a museum and gallery and the outlying hospital buildings could be those of any healthcare facility. Twas not always so as these statues now in the museum, brought from the hospital’s 17th century building in Moorfields , show.

The figures of “Melancholy” and “Raving Madness” by the Danish-born sculptor Caius Gabriel Cibber were over the entrance gate to the hospital as Wikipedia says “Functioning as both advertisement and warning of what lay within..”

I was there to catch the last day of a Richard Dadd exhibition, but took the opportunity to visit the Museum of the Mind, a moving exploration of madness past and present.

1 thought on “Madness and Melancholy”